Showing posts from July, 2011
Show all

The Norway Manifesto: A New Bin Laden Is Born

“The Norway massacre: Is it a coincidence, is it another 9/11 or is it something that has been brewing for years now and nobody took notice of or saw it coming?”

“The termination of Bin Laden was not the end of this madness; rather it was only the beginning.”

Is it a coincidence that the Norway attacks came after almost ten years have passed since the similarly horrific attacks on the towers of the world trade center in new York back in 2001 or what has been known in contemporary history as the 9/11 attacks.
As the world was getting prepared to commemorate the 10th anniversary of the New York attacks and as the world was recovering from the 9/11 trauma and about to leave its heavy and gloomy memories behind and never look back again we wake up to this painfully reminder of 9/11.
Is it a coincidence, is it another 9/11 or is it something that has been brewing for years now and nobody took notice of or saw it coming?

Among them is waging war on truth, Western managed news calling lawless imperial wars liberating ones. No wonder John Pilger says journalism is the first casualty of war, adding:
“Not only that: it has become a weapon of war, a virulent censorship (and deception) that goes unrecognised in the United States, Britain and other democracies; censorship by omission, whose power is such that, in war, it can mean the difference between life and death for people in faraway countries….”

In their book, “Guardians of Power,” David Edwards and David Cromwell explained why today’s media are in crisis and a free and open society at risk. It’s because press prostitutes substitute fiction for fact. News is carefully filtered, dissent marginalized, and supporting wealth and power substitutes for full and accurate reporting.

It’s a cancer, corrupting everything from corporate-run print and broadcast sources, as well as operations like BBC and what passes for America’s ho…
Post a Comment
Read more

After Oslo: Time to Crack Down On Mossad Terrorism

by Wayne Madsen
State-sponsored terrorism is defined by Encyclopedia Britannica as the “systematic use of violence to create a general climate of fear in a population and thereby to bring about a particular political objective [and] is employed by governments — or more often by factions within governments — against that government’s citizens, against factions within the government, or against foreign governments or groups.”

On July 22, a bomb, said to be an Oklahoma City-type explosive device, crafted with fertilizer and diesel fuel, blew up in downtown Oslo, Norway, in the heart of the government district. Shortly thereafter, a man dressed in a Norwegian police uniform opened fire on a Labor Party youth camp on the island of Utoya in Tyri fjord. Access to the island was by boat only. Over 100 people were killed in the twin terror attacks.

“It (immigration) was a politically motivated attempt by ministers to transform the fundamental make-up and identity of this country (Britain). It was done to destroy the right of the British people to live in a society defined by a common history, religion, law, language and traditions.”
(Melanie Phillips, as quoted by mass murderer, Anders Breivik, in his manifesto)
Melanie Philips, a rabid Zionist and the author of “Londonistan: How Britain is Creating a Terror State Within” is not happy to be singled out by Andres Breivik in his 1500 pages manuscript. Are they suggesting that “my writing provoked the mass murder of some 93 Norwegians?” she wonders righteously on her blog. I guess that Phillips knows the answer, as much as she knows how to play with words. But I will use this opportunity to reiterate it for her, and for the rest of us — there certainly is a clear and strong resemblance between Breivik’s views and Philips’ writing. The most obvious and immediate compari…
Post a Comment
Read more

"... We need to drive a wedge between Assad on one hand, & the Army and the Alawites on the other!"

By uprooted Palestinian - July 30, 2011
FLC U.S. Priorities in a Changing Middle East
Interviewee:
Robert Danin, Eni Enrico Mattei Senior Fellow for Middle East and Africa Studies, Council on Foreign Relations
Interviewer:
Deborah Jerome, Deputy Editor, CFR.org, Council on Foreign Relations July 27, 2011
...We must keep our focus on Egypt, first and foremost. As home to a quarter of the Arab peoples and perhaps the key galvanizer within the region, Egypt will be the critical trendsetter. A smooth and peaceful transition to a more representative government, with checks and balances, could have a positive demonstration effect. Similarly, a descent into greater sectarian conflict, a failed transition to effective civil governance, and no real improvement could precipitate more unrest and ultimately violence. The Obama administration understands that Egypt is central and is focused on that.
Obviously, Libya is now critical because we and the international community are engaged there militarily. We have drawn a line…
Post a Comment
Read more

Responds to Indictment: Trial in Absentia or After "300 Years"

Hussein AssiFormer Minister Issam Naaman to Al-Manar Website:
Fransen’s Decision… Comic!Names of Suspects Leaked before Mirza Opened FileInternational Tribunal Enjoys No Confidentiality at AllSanctions against Lebanon… Out of QuestionTwo Choices: Trial in Absentia… or Delay for 300 Years!Sayyed Nasrallah Changed Rules of Engagement…
Former Minister Issam Naaman said that the decision made by Special Tribunal for Lebanon Pre-trial judge Daniel Fransen concerning lifting confidentiality off the full names and aliases, biographical information, photographs and charges of the four suspects in the assassination case of former Prime Minister Rafiq Hariri was completely comic. He noted that the names of the four suspects were leaked even before Lebanese Prosecutor Judge Said Mirza opened this file.
In an exclusive interview with Al-Manar Website, Naaman said there was no confidentiality at all in this tribunal, and stressed that leaks have surrounded it since its establishment…
Post a Comment
Read more

Mona Issa
Jul 29, 2011 "We built Israel," says Abbas, a young migrant worker from Salem. A decade ago, he began travelling illegally from the northern West Bank to Tel Aviv to work in construction. "We have no jobs, so the only option is to work in Israel." With Israel maintaining a tight grip on supplies, a thriving black market in water has grown up as West Bank Palestinians run so short they are unable to bathe or wash their clothes.More from the Middle East
Years ago, between 1948 and 1967, Palestinians sneaked across borders to work in their former fields in Israel. Those borders were erased after the 1967 Arab-Israeli war, when Israel occupied the West Bank, Gaza, the Golan Heights and Sinai. After 1967, Palestinians both from Gaza and the West Bank began working on Israeli construction sites. Now, with the building of the separation wall in the West Bank, those borders exist again.
Although men over 35 years of age can obtain security clearance t…
Post a Comment
Read more 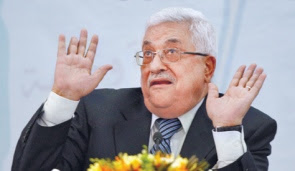 Local Editor Israeli President Shimon Peres has been holding intensive talks with Palestinian Authority in bid to resume talks between the two sides.

Israeli daily, Haaretz, reported the meetings have being held in complete coordination with Israeli Prime Minister Benjamin Netanyahu, and head off a unilateral Palestinian statehood bid at the UN in September.

The daily added that on Tuesday night, Peres held a long meeting with the chief Palestinian negotiator, Saeb Erekat.
The two went over maps of the West Bank and East Al-Quds in an effort to find a “formula” that would bypass the dispute over establishing the June 4, 1967 border as a basis for negotiations toward a final settlement between Israel and the Palestinians.
“One option explored was the exchange of territory, and other was to compensate the Palestinians for settlement blocs annexed into Israel, on the basis of the U.S. proposal that the area of a Palestinian state be equal to the territory of the West Bank a…
Post a Comment
Read more

The cancer of Christian Zionist terror

[ 27/07/2011 - 03:03 PM ] By Khalid Amayreh
Gloating over the recent killings in Norway of dozens of innocent people at the hands of an Israel-inspired Christian Zionist terrorist, Glenn Beck, the American right-wing talk show host, compared the victims of the shooting at a Norwegian summer camp to Hitler Youth in his radio program on Monday, according to a Daily Telegraph report.The "Hitler Youth" organization was a paramilitary youth organization comprising teenagers and children, entrusted with task of harassing and attacking and terrorizing perceived or real enemy of the Third Reich. It existed from 1922 to 1945.

Beck, a self-proclaimed Christian Zionist and Israel-firster, described the brutal carnage “as a shooting at a political camp, which sounds a little like the Hitler Youth. I mean who sends their kids to a political camp? Disturbing."He stopped short of praising the murderer, suggesting that the victims got what they deserved.