Showing posts from April, 2011
Show all

A message to Congress: Take your money and shove it 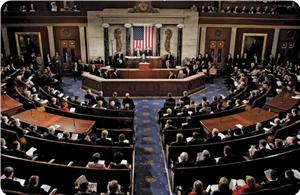 And, above all, it made the prospects of peace in the region as remote as ever if only because a divided nation can't get its acts together, especially when an increasingly fascist Israel, which always searches for pretexts and red herrings in order to evade and circumvent peace, sought to utilize the inter-Palestinian front to evade real peace and keep up building peace-killing settlements for fanatical Jews.

Are you British enough to snap your fingers at Israel, Mr Cameron?

- 30. Apr, 2011 On the morning after the Royal Wedding…
An open letter to the British Prime Minister By Stuart Littlewood
Dear Prime Minister,

I see your image is splashed across the main page of the Conservative Friends of Israel website and your words warmly endorse that country and its regime.

CONSERVATIVE FRIEND OF ISRAEL Your loyal lieutenant, the foreign secretary William Hague, cancelled the Syrian ambassador’s Royal Wedding invitation, not that I disagree with such a move. However, the Syrians are only slaughtering their own people whereas the Israelis have been slaughtering their neighbours for 63 years in much larger numbers and continue to do so on a daily basis.


For 44 years of Israel’s brutal military occupation of the West Bank, East Jerusalem, and Gaza, the world has been com…
Post a Comment
Read more

US Intervention in Syria

The new terminology "coincided with the inauguration of the Baku-Tbilisi-Ceyhan (BTC) Oil Terminal in the Eastern Mediterranean." During Israel's summer 2006 Lebanon war, "Prime Minister Olmert and (Rice) informed the international media that a project for a 'New Middle East' was being …
Post a Comment
Read more 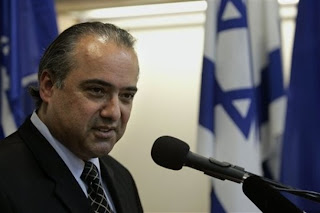 Via FLC "... Syrian opposition sources said tribes in Iraq, Jordan and Lebanon have been relaying weapons in an effort to oust President Bashar Assad. They said the weapons were sent to avenge the killing by Syrian security forces of tribal members over the last month.
"One of Assad's biggest mistakes is that his security forces have been killing members of powerful tribes with a presence in neighboring countries as well," an opposition source said.
The weapons smuggling to the Syrian rebels began in March when Assad forces shot and killed members of tribes in Dera near the Jordanian border. Some of the tribes in Dera have links with supporters in Iraq, Jordan and Saudi Arabia.
On April 19, a son of a powerful tribal chief, Saleh Al Fadous, was killed by Assad forces in the northern city of Homs. Fadous is a member of the Fawareh tribe with allies in Iraq and Jordan, including Duleimeh and Bani Hassan.
"Arms are flowing into Syria in large quantities today by …
Post a Comment
Read more

Zuckerman Rag prints bald-faced lies on US flotilla to Gaza

THE NY DAILY NEWS PUTS THE LIES IN EDITORIALIZE

NOTE: The following piece was co-written by Nima Shirazi and Alex Kane and was originally published on Mondoweissunder the headline: “Zuckerman rag prints bald-faced lies on upcoming flotilla to Gaza.”
Nima has added some more of his own observations on the New York Daily News editorial below.***
MORT ZUCKERMAN NY DAILY NEWSby Alex Kane* and Nima Shirazi**It comes as no surprise that a newspaper owned by Mort Zuckerman, an ardent Zionist, would be anti-Palestinian and that it would strongly oppose efforts to break the Israeli naval blockade by sending a flotilla of ships to Gaza. But a recent editorial printed by the Zuckerman-owned New York Daily News is a particularly egregious example of U.S. media’s aversion to the facts on Israel/Palestine. The bald-faced lies–which follow recent Israeli pronouncements about the “terrorists” organizing the upcoming international flotilla to break the Israeli blockade–printed woul…
Post a Comment
Read more
More posts