Showing posts from January, 2010
Show all

<>
<>
From the eastern side of the Atlantic, it's easy to pin all the world's ills on the United States. Other Western countries may have perpetrated their share of imperialistic crimes but since World War II, Washington's global might has meant that other nations' evils can often be chalked up as following-the-leader, willingly or otherwise.

David Cronin's immensely valuable new book, Europe's Alliance with Israel: Aiding the Occupation, does not entirely reject this position. But in charting how the European Union (EU) and its member states back Israel, Cronin dispels the idea that the US is the only game in town (and that those of us who aren't resident there can therefore change nothing), while also offering activists new targets for institutional lobbying and boycotts.

Volvo construction equipment and trucks were seen in action on the construction site of Israel's wall near al-Walaja village in the occupied West Bank. The wall will surround al-Walaja from all sides, completely isolating the villagers from their land, near East Jerusalem and on land of the original part of the village which was occupied and destroyed by Zionist forces in 1948, and which is now annexed to parts of Gilo settlement. The villagers of al-Walaja have re…
Post a Comment
Read more

10 ANOTHER STORY “DISAPPEARED” FROM THE NEWS, “WIKI-STYLE”
“Prosecutor: Genesee County jail inmate tried to poison serial killing suspect Abuelazam
Suspected serial stabber Elias Abuelazam appears in court earlier this month. ASSOCIATED PRESS FLINT, Mich. — The Genesee County prosecutor’s office says a jail inmate has been charged with trying to poison serial killing suspect Elias Abuelazam (EE’-lee-uhs A’-boo-LAH’-zuhm).  Prosecutor David Leyton tells the Flint Journal an inmate tried to put an oven cleaner in Abuelazam’s food.
Leyton says it happened some time ago and he isn’t revealing the suspect’s name. Attempted poisoning can carry a penalty of up to 10 years in prison.  Abuelazam faces charges of murdering three people and trying to murder five others for a series of stabbings in the Flint area. He’s also charged with attempted murder in Toledo, Ohio, and suspected in similar attacks in Leesburg, Va., where he once lived.
Abuelazam was…
Post a Comment
Read more

An attack on American forces in the Persian Gulf is being planned.  Wikileaks is an integral part of the operation.

Step one was the current “diplomatic” Wikileak.
Step two, the brazen “Mossad style”murders in Iran.

Wikileaks couldn’t be more involved if they built the bombs or fired the missiles themselves.

When America is attacked, either in the Persian Gulf or at home, Wikileaks will be a part of it.  The operation is staged for the Persian Gulf where American warships are “sitting ducks” for a sneak attack like the USS Liberty “incident.”

As with the Liberty attack, Israel can use friends in high places in the United States to assure that if they are blamed, they can claim it was an honest mistake, even if an American super-carrier goes down with all hands.

Helen Thomas: Thrown to the wolves 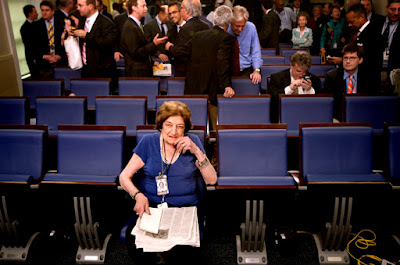 At a time of forgiveness, why is Helen Thomas still being ostracized?
Danny Schechter Last Modified: 29 Dec 2010 13:58 GMT


Helen Thomas, who once occupied a front-row seat in the White House briefing room, has been completely ostracized due to some inelegantly-put remarks about Israel captured on film by provocateurs [EPA]

In 1960, I was fixated on emulating the courageous media personalities of the times, from Edward R. Murrow to a distinctive figure I came to admire at presidential press conferences - a wire service reporter named Helen Thomas.

In recent years, my faith in the power of dialogue in politics has been severely tested - as, no doubt has hers - in an age where diatribes and deliberate demonization chills debate and exchanges of opposing views.

Once you are labeled and stereotyped - especially if you are denounced as an anti-Semite - you are relegated to the fringes, pronounced a hater beyond redemption, and even beyond explanation.