Strategic Culture Foundation July 13, 2020 February 2, 2020 marked the 75th anniversary of the end of the greatest, longest, most bloody battle in human history: It was a struggle that destroyed the previously invincible spearhead of the Nazi war machine which had conquered all of Europe in only three years and seemed about to conquer the world. Yet incredibly, the entire Western media, especially in the United States, has completely ignored it. (Click on the image to enlarge) The views of individual contributors do not necessarily represent those of the Strategic Culture Foundation.
Post a Comment
Read more 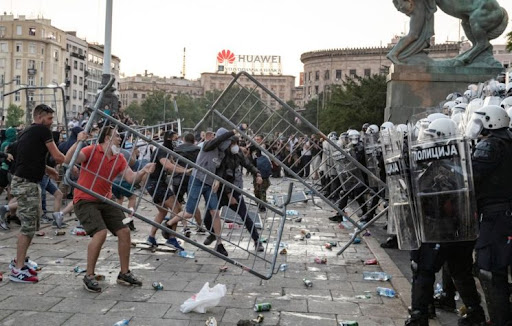 Joaquin Flores July 10, 2020 On the evenings of July 7th and 9th, a wave of unrest swept through several Serbian cities – chiefly Belgrade – in opposition to an announcement from Vučić that Belgrade would return to the government mandated coronavirus quarantine lockdowns. Largely the protests were peaceful if energetic, with the vast majority of protesters of all ages and walks of life observing norms and voicing their opposition to the announcement that quarantine would return. Many of those protesting were not anti-Vučić per se, and their issues were not political in the electoral sense, but opposed the return to lockdowns which seem arbitrary and capricious at this point. Vučić Responds Reasonably to Peaceful Protesters In response to the protests, the Serbian government heard and understood the nature of the grievances, and did something quite rational – in a statement aired on live television, Vučić rescinded the return to quarantine order, which was otherwise to go into eff…
Post a Comment
Read more 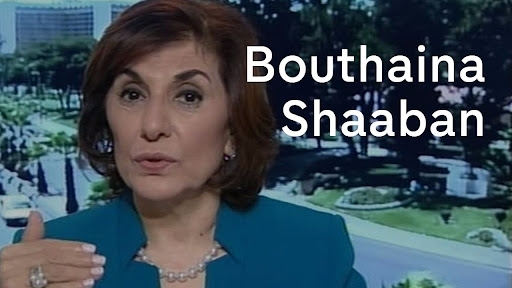 By Staff, Agencies Senior Aide to Syrian President Bashar al-Assad, Bouthaina Shaaban, hailed a comprehensive military-security deal recently signed with Iran as the first step to overcome sweeping US economic sanctions against the Arab country, saying Damascus has many other options to counter American restrictions. Shaaban, Assad’s political and media adviser, said in an interview with Yemen’s al-Masirah TV channel on Friday that Syria, like Iran, can turn the siege imposed on her homeland into an opportunity. “We have many options to defeat the Caesar law,” she said. “The signing of the Iran-Syria military agreement is the first step in this regard.” During a visit to Damascus on Wednesday, Chairman of the Chiefs of Staff of the Iranian Armed Forces Major General Mohammad Hossein Baqeri signed an agreement with Syrian Defense Minister Ali Abdullah Ayoub to strengthen military and defense ties between the two countries. The accord came less than a month after Washington imposed…
Post a Comment
Read more

News flash: Capitalism has no answer for 50 million jobless people

by Ramin Mazaheri for the Saker Blog Oh – did you have one? Well… we’re waiting. But we will certainly be waiting in vain because the “best” US economic minds, journalists, professors and pundits got nuthin’. Even God’s gift to American society – CEOs and bankers – are hoping nobody calls on them for an answer. This is an era of not just total economic disaster in the US but also an era of complete intellectual disaster. The chicken’s head has been cut off, yet the body (the American system/ideology, which is undoubtedly based upon capitalism-imperialism) still runs around. I’ll skip to the end: whatever solution they come up with WILL DEFINITELY be some form of socialist-inspired policy… but the US will, true to form, remain totally untruthful about obvious truths (and thus mired in societal chaos). The only solution to 50 million unemployed people is the redistribution of wealth downwards (first pillar of socialism) and the redistribution of political power downw…
Post a Comment
Read more The Houthis (Ansar Allah) have released a new dramatic video showing attacks on forces of the Saudi-led coalitin in Yemen.